Optimise Your Router for use with VoIP and Video (Part 1)

-  Thu 7th Nov 2013, 10:14 #12
Most of the home and small-office routers out there are up to the task; unless they're brand new, however, they may not be optimally configured. Fortunately, you can take steps to improve the quality of rich media on your network by way of a Web interface that accesses the router's firmware.

In part 2 of this post you'll find tweaking specifications for five of the most popular high-end routers. If your model doesn't allow the tweaks we describe, it may be time to run to the store.

Basic Router Tricks
Routers handle traffic among many devices. If you're not getting the type of performance you want from an application or device such as an IP phone (VoIP), you may need to manage that traffic to make sure there's enough bandwidth for your desired application.

QoS and ports: Contemporary routers manage bandwidth through a technique called Quality of Service. If you're lucky, you'll be able to adjust QoS via the router software simply by selecting a category (such as voice, applications, or gaming) and assigning it a priority (such as highest or normal). This method is by far the least painful, but it isn't always available.

If that method isn't an option, generally you can set the QoS priority for devices by their Media Access Code address, a string of hexadecimal numbers unique to the device, as well as by the network name (such as "MyPhone" or "MainPC"), or the IP address (such as 192.168.1.1).

A MAC address is best, as IP addresses assigned by the router's DHCP server may change. Your router may or may not be smart enough to track a device with a changed IP address. A device name is also constant, assuming that you don't change it yourself. If you want to use an IP address, it should be static, meaning fixed and set on the device, or reserved, meaning set in the router.

Routers perform QoS by analysing data through packet sniffing and noting which Transmission Control Protocol/User Datagram Protocol ports the data travels through. They then give priority to the types of traffic you specify.

What is a port? You can think of a port as something like an extension number on a landline phone system. Similar to the way a call arrives at a main phone number, data arrives at your router via your broadband connection's IP address. And in the same way a phone call is forwarded to an extension assigned to someone in the company, data is forwarded to the port assigned to a particular protocol or application. You can find a complete list of official port numbers at the home of the Internet Assigned Numbers Authority. Alternatively, check the documentation on the device or application.

Many applications dynamically assign ports according to need. For these you might want to use a network traffic sniffer, such as Microsoft's free Network Monitor 3.4.

Port forwarding: If your router doesn't support true QoS, you may need to use port forwarding, which sends all traffic traveling through a specific port or ports to a specific device. This technique lowers the lag at the router and lets the destination device handle the processing. Keep in mind that a forwarded port then becomes unavailable to other devices. Generally, you specify the port number, the protocol (TCP, UDP, or both), and then either the IP address, the MAC address, or the name of the device.

DMZ: Another way to direct network traffic to your device involves putting it in the DMZ. It simply moves your device from behind the firewall and out in the open, where it can receive all traffic without interference from the router. This arrangement typically gives the device your broadband IP address with all the vulnerability that entails. Such vulnerability is why each router has its own firewall. The DMZ is usually reserved for a server or a PC that you'll use for gaming or for serving Websites, and should be considered a last resort for a VoIP phone or a work PC.

Simultaneous dual-band wireless: Concurrent wireless allows you to perform ad hoc QoS by splitting traffic between the two networks. For instance, you could name your 2.4GHz wireless network "WebData," and your 5GHz wireless network "PhoneVideo." Have users connect to the WebData network for surfing or general network chores and to PhoneVideo for Skype or to watch HD video.

WME, WMM: Wireless Multimedia Extensions and Wi-Fi Multimedia are two names for the same 802.11e wireless QoS service. By all means, enable WME or WMM if your router supports it. The setting will help with streaming applications such as voice and video, if the destination wireless device supports it. You may see an option for acknowledgement, which triggers the resending of data on errors; for real-time streaming applications this won't help.

Optimising for VoIP
VoIP is the trickiest application for vendors to offer tweaks for because its bidirectional, meaning that traffic moves in two directions, and no serious lags can be tolerated for conversation to be successful. On the other hand, it isn't particularly bandwidth-intensive in today's terms, and it can survive a relatively large amount of data loss. That's why it uses UDP (which provides non-guaranteed delivery) instead of TCP (which offers error-checking).

Some VoIP phones, like those from Vonage, utilize a router that sits between your broadband modem and your own router. There's nothing really wrong with this setup, and it will assure the best possible call quality, but experienced users will generally place the phone behind their own router and tweak so that they can get better performance for other applications.

If your router is older or does not have QoS settings, you might need to forward several ports or ranges of ports to your VoIP phone. If your router doesn't support port forwarding, get a new router. Many VoIP devices use port 5060-61 (SIPS), but things can vary from there depending on the actual transmission protocol. The specifics should be listed in your user's guide.

Optimizing for HD Video
Although streaming HD video or any multimedia is bandwidth-intensive, you can have it buffered at the endpoint, which can compensate for gaps in delivery. This buffering process, or prefetching of data, is why you'll often see a significant lag between the time you access a video and the time it starts playing.

That said, buffers go dry, and tweaking your router can ensure smooth viewing. Alas, only a few routers have any specifically video-oriented features. Enable WMM to help with wireless video. If you see a video entry in your router's QoS section, put it on the highest setting. If WMM isn't available, use QoS to increase the bandwidth to both the source and destination devices if you encounter problems. Some newer routers will have their own proprietary video-streaming enhancements; enable them.

Part 2 can be found here.
- Appreciate my support? Feel free to buy me a coffee.
- Voipfone are offering you the chance to trial their VoIP service for free for 30 days. Sign me up!
- Tired of shared hosting? You're not alone! Grab a high performance server and get $100 in free credit. Sign me up! 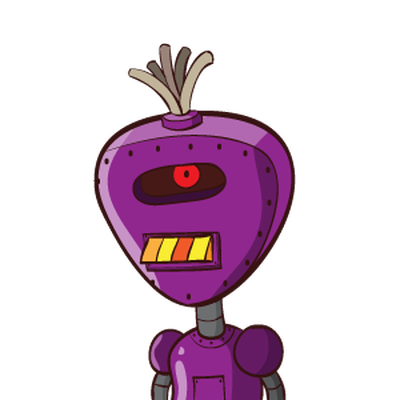 -  Thu 4th Jun 2015, 19:02 #2074
Very interesting! Thank you for posting this. Since I realized that some routers work better than others from another thread on this forum, I was wondering what I could do to possibly improve the one I currently have. This, along with your other post, is definitely going to come in handy.