Vodafone to switch off UK 3G network by end of 2023 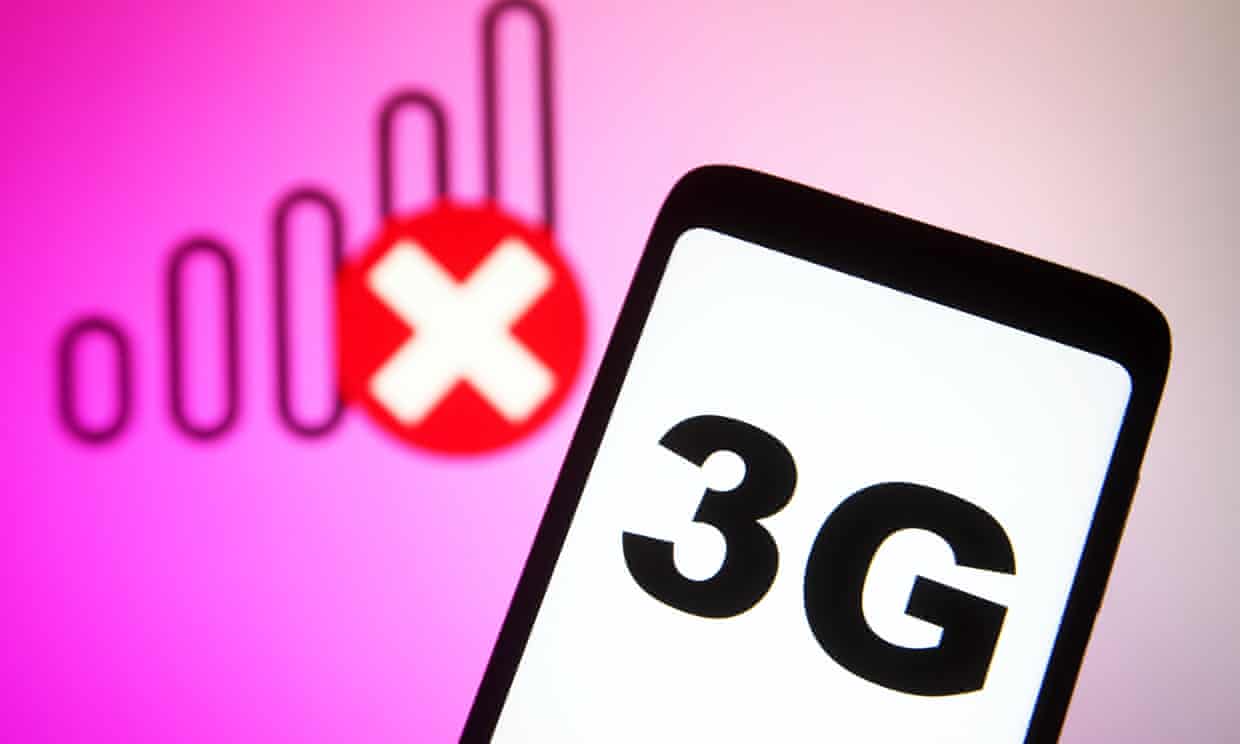 However, the company, which is to phase out 3G along the same timeline as EE-owner BT, admits that there are hundreds of thousands of customers who have stuck with their 3G-only phones, particularly older owners who have not been enticed to join the smartphone revolution.

In addition, areas of the UK including parts of Cornwall, rural Scotland and north Norfolk still only have 3G coverage, in total about 2.2% of the UK, although there is voice call capability in these areas thanks to a 2G signal.


Ahmed Essam, chief executive of Vodafone UK wrote:We start communicating to customers about this today. Our goal is for everyone to stay connected, and we will be doing everything we can to make sure that is the case.

Vodafone is launching an awareness campaign to make sure no customers are left in the equivalent of the digital dark when the 3G signal is switched off next year, estimates that well over 2 million people are still using 3G handsets across all the UK’s mobile networks.

The company intends to encourage tech-savvy younger smartphone users to “check in” with family and friends to see if they may need to upgrade their phone.


Ahmed Essam, chief executive of Vodafone UK wrote:There are people who aren’t confident with technology, and we want to ensure that everyone is getting the help that they need, so no one is left behind.

A year-long communications campaign includes partnering with organisations including the Good Things Foundation, which aims to achieve digital inclusion across all socio-economic groups, with an announcement on a partner specifically focused on older demographics expected in the coming weeks.


Helen Milner, group chief executive at Good Things Foundation wrote:With the move away from 3G, people risk being disconnected, locked out and left behind.

Vodafone, which launched its 3G network in the UK in November 2004, said that today less than 4% of data used by customers is carried on the network. As recently as 2016, the 3G network carried 30% of data.


Ahmed Essam, chief executive of Vodafone UK wrote:3G has connected so many customers over the last 17 years, but the future is 4G and 5G.

Vodafone, which has already switched off 3G networks in Germany and Italy, said that in the long run the switch-off of 3G will benefit the environment as it is built with what is now considered inefficient equipment, with 5G networks 10 times more efficient.

Last summer, BT became the first operator to announce it will phase out its 3G network in a staged approach with full switch-off completed by the end of next year.

The UK’s other two leading mobile operators, Three and Virgin Media O2, have not announced any plans to switch off their 3G services. Three UK’s parent company, Hutchison, paid £4.4bn for the UK’s first 3G licence in 2000 and launched the first network in March 2003.

tonygibbs16 liked this
- Appreciate my support? Feel free to buy me a coffee.
- Voipfone are offering you the chance to trial their VoIP service for free for 30 days. Sign me up!
- Tired of shared hosting? You're not alone! Grab a high performance server and get $100 in free credit. Sign me up!

Return to “Mobile Phones”
13 May